I always show photographs of lovely women on Fashionable Friday so today thought I'd change things up a bit and post pictures of some fashionable and debonair gentlemen from the 1860's.

This first gentleman with the dark suit, vest and long waistcoat was probably taken in the early 1860's.  He is holding his hat in his hand and he looks quite serious.  The back of the photo is blank and no photographer or location was listed.

This next young man, sporting impressive mutton chops, had a bust pose taken so all we can see is part of his jacket, his white shirt, a little bit of his vest and his tie. On the back in pencil is written "S. B. Culver Sandy Hill, N.Y."  This is most likely Stephen Berry Culver born July 1841 in Sandy Hill, New York and died in 1902.  The photo was taken by W. Nims, Photographer, East Street, Fort Edward, N.Y.  The mutton chops suggest an early 1860's date, but I am leaning to perhaps a later 1860's date. 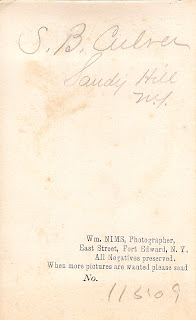 Young man number three is wearing a light colored suit, also a long waistcoat and is posing with his hand on a chair.  He looks quite young, probably early twenties.  This CDV photo was most likely taken between 1864-1869.  The photographer was O. A. Taft's Gallery, Opposite Post Office, Middlebury, VT. 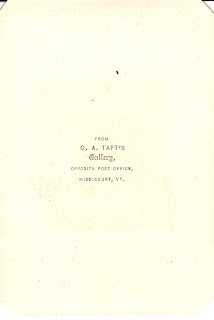 Next we have Uncle Sidney Morse as evidenced one the back who posed for photographer C. H. Clark in Union Village, N. Y. probably between 1864 - 69.  I found a number of subjects in the New York area with this name.  I'm not sure what a good estimate would be for this particular Sidney's birthday.  How old do you think he looks here?  Thirty-five?  Forty?  Older than that?  I don't believe that he is as old as he appears at first glance.  His suit is very stylish and the vest appears to be made of a satin-like material. 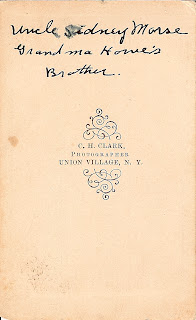 Last, but not least, is a young gentleman who it appears has the initials, "J. N.T."  Not much help there!  This picture is actually dated March 9th, 1870, but I thought it would be a good way to end out the 1860 decade.  The hair on his head and face are very clean-cut as was more common in the late 1860's and early 1870's.  He is sitting on a velvet fringed chair with his elbow on a small table which is holding a book.  His pants are a little unusual; I believe I have seen them before, they almost look like uniform pants.  This CDV like some of this others was trimmed at the corners to fit into a photo album.  The photographer was A. Corden located at the Cor. Fourth and River Sts., Troy, N.Y. 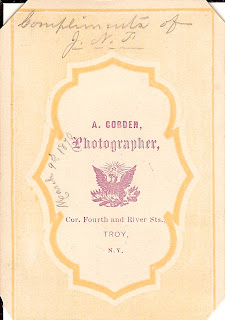 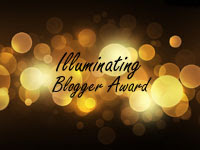